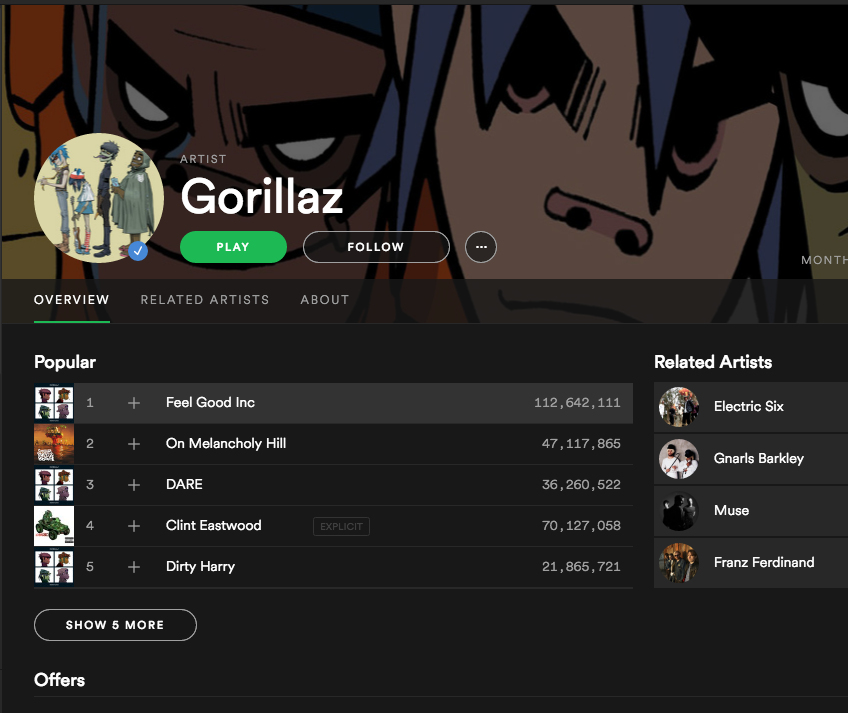 Folly of the Week – Gorillaz and Defying Genre

I’ve read pieces in the past about the Gorillaz, but an article recently surfaced on AVClub with the intriguing title “Gorillaz revolutionized pop music without actually existing“. The article, and the linked documentary, delves into the history of the group and it’s genre defying attitude towards music. The mini-documentary – titled “Gorillaz — Deconstructing Genre.” – runs just under 6 minutes, and is well worth the watch.

In 1998, Blur singer Damon Albarn and comics artist Jamie Hewlett, dissatisfied with the so-called MTV generation, decided to form a new kind of band. There was too much emphasis on image over music, they felt, and, worse yet, young kids were being conditioned to focus on just a few genres at the expense of all others.

Those unfamiliar with the Gorillaz will likely still be aware of their most popular release, Feel Good Inc. If you are interested in reading more, check out the Gorillaz wikipedia article.