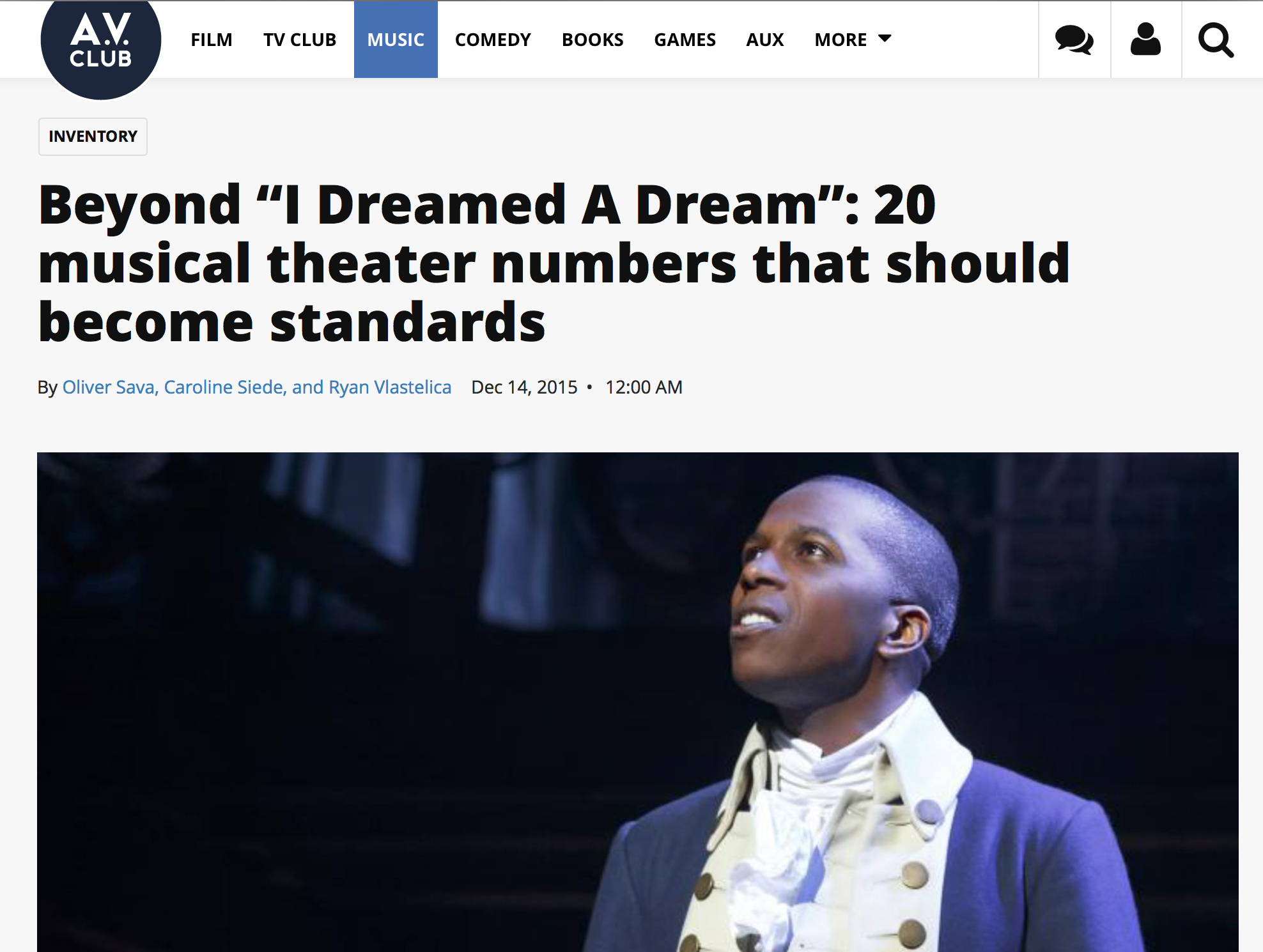 It’s the end of the year, so many news outlets and blogs are publishing their ‘Best of 2015’ lists for everything from TV to Gadgets. I’ve browsed many of these over the last few weeks, but I saw something the other day that caught my eye. A.V. Club (whose parent company is The Onion, of all things) posted a list that is near and dear to my heart – Beyond “I Dreamed A Dream”: 20 musical theater numbers that should become standards. They’re all worth a listen, but one jumped out to me the most (quoted from the article) –

“I’d Rather Be Sailing” is another musical theater song that works incredibly well out of context because it was written for a show that isn’t particularly interested in narrative to begin with. William Finn’s deeply personal 1998 musical A New Brain centers on a songwriter named Gordon who’s diagnosed with a deadly brain disorder. Finn wrote the show after surviving a similar illness and it functions as a reflection and refraction of his harrowing experience. The songs range from upbeat to contemplative to frantic, but few are as gorgeous as “Sailing,” a ballad sung by Gordon’s boyfriend Roger. Both melancholy and hopeful, the song touches on themes of comfort, happiness, and longing, all while demonstrating why Roger’s calm presence is so important in Gordon’s anxiety-filled life.